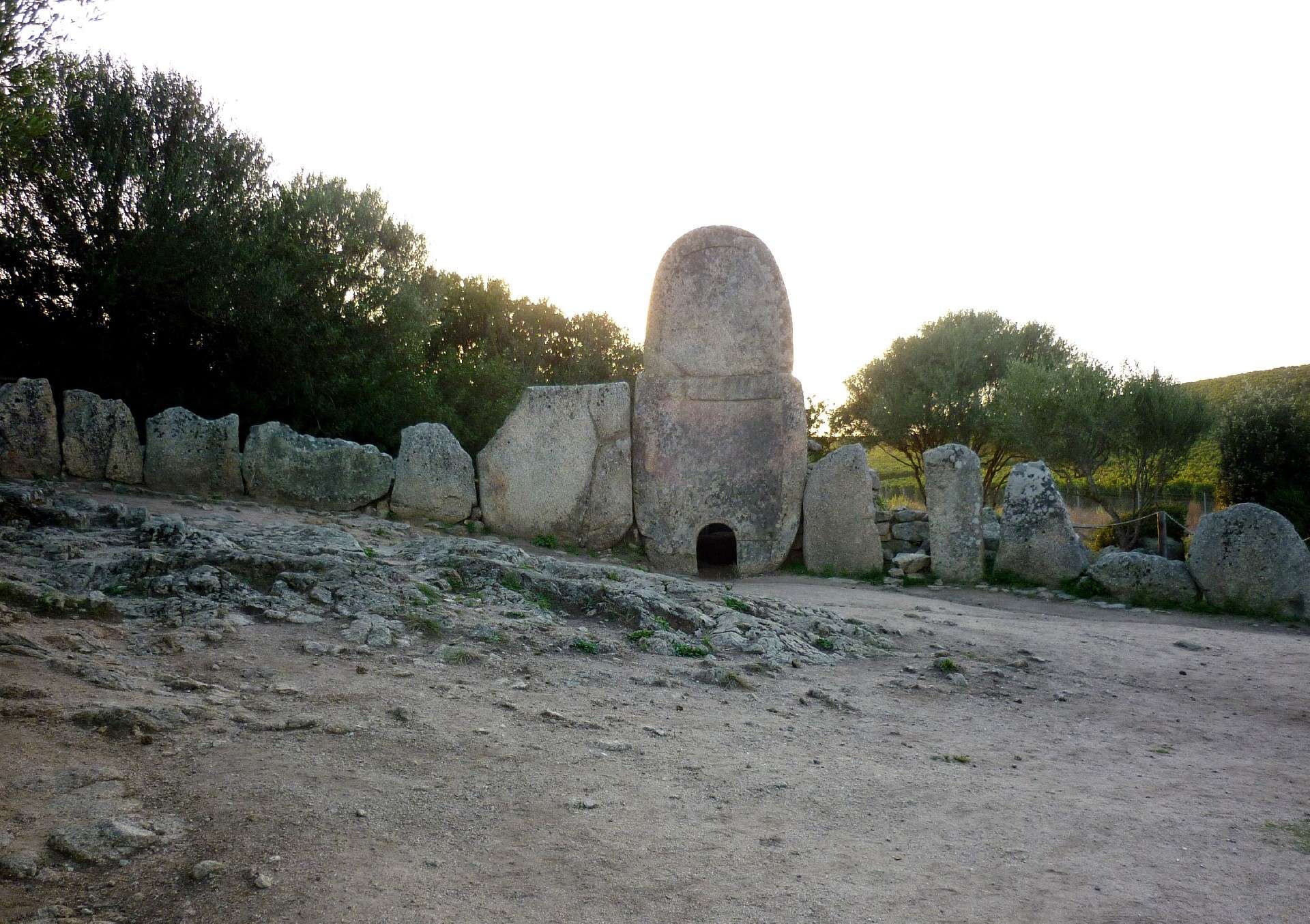 Walking along the "path of the giants", inside the archaeological park of Arzachena, you can admire several testimonies of the Nuragic funerary architecture: Coddu 'Ecchju, Li Lolghi and the Necropolis Li Muri.

The tomb of Giants Coddu 'Ecchju, a collective tomb that probably housed the deadof the nearby village of La Prisgiona, dating back to the Bronze Age,

is formed by a large arched stele and a series of slabs embedded in the ground surrounding a corridor where, presumably, the burial of the dead took place.

Not far away are the Tombs of the Giants of Li Lolghi, another important site with a funerary corridor of 27 metres and, the only one of its kind on the island, the Li Muri Necropolis formed by circular tombs built next to each other;the latter is a very ancient structure from the Neolithic era and dates back about 6000 years. 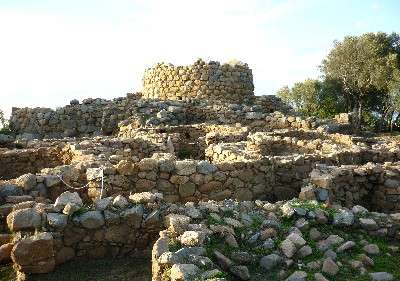 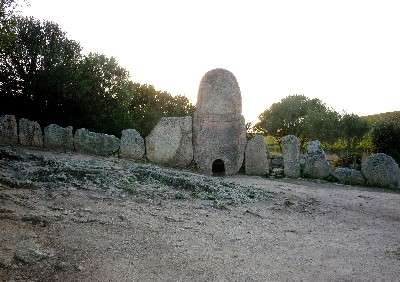 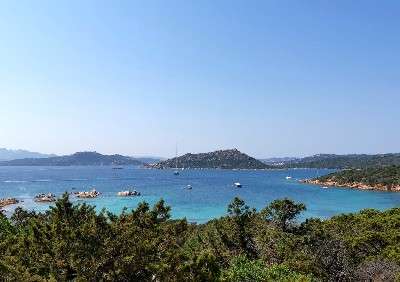